Over the years, I have made a point of visiting conservatories in every city and country to which I have had the privilege to travel. My fascination with green spaces under glass began as a child in St. Paul, MN where I would make frequent trips to Como Park (now Marjorie McNeely) Conservatory in St. Paul. Built about 100 years ago and a terrific specimen of Victorian conservatory design, it is far from ‘old’ in the world of conservatories.

Given the fact that people have long been fond of natural light during inclement weather, the smell of plants and soil, do you think this trend will come to a halt because we have developed more efficient ways to grow plants? Hardly.

Today’s conservatory is already the conservatory of the future. Designed and modeled after traditional conservatories built by craftsmen over the last 100 years, they are married with the implementation of new and exciting innovations to make them energy efficient and productive. Let’s explore ways in which this has happened.

Once the prize of any building, today’s glass is a technical achievement far beyond the expectation of our forefathers. Have you ever been to London and gazed at old buildings and noticed where windows may have been, to be bricked over with a none-too-well matching brick? Do you think this is the result of a remodeling project that changed the need for a window? Not likely. British homes are already dark enough.

At one time, when wood was needed in Great Britain to fashion boats and maintain world trade, glass makers were using wood to fire kilns and make glass. Hence, the government put a tax on glass (also known as the ‘Glass Tax’), and your property was taxed by the number of windows you had! Times changed and so did glass manufacturing. Remember ‘hauling coal to Newcastle’? When coal was discovered in abundance in England, glass manufacturing methods changed and the tax was eventually repealed. 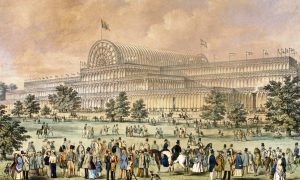 A celebration of glass took place. Designed by Sir Joseph Paxton, the Crystal Palace of 1848 had over 18 acres of glass. I have personally visited homes in Great Britain with conservatories over 150 years old. Glazing methods improved greatly over the years. Although most cities in the USA had public conservatories at one time, the structures had a bit too much wood that contacted poorly glazed glass and the structures failed. Cities faced with the high costs of restoring their conservatories simply took them down and scrapped the metal. 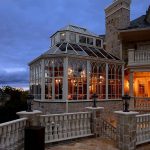 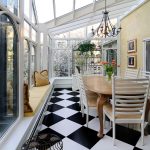 The Best Choices for Conservatory Flooring
Scroll to top