“From original design to actual finished product, Jim Hewitt was incredibly involved in all phases. He was very accessible throughout the entire project answering many of my questions and solving many on-the job problems that popped up. It’s a wonderful company with an incredible staff that prides themselves on attention to detail and superb craftsmanship. I’d highly recommend this company to anyone! I love my conservatory!” 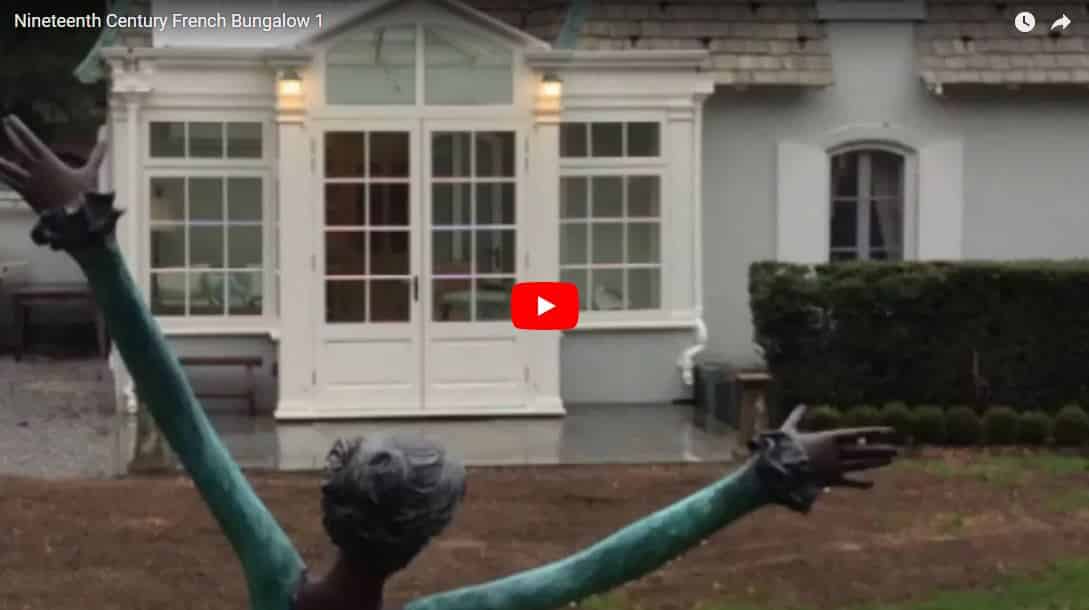 A few years ago, Conservatory Craftsmen was contacted by a homeowner in Oyster Bay, NY. She was searching for a way to add a perfect sunlit space onto her historic cottage home.

The house was built in about 1918 by a NY banker who spent his boyhood summers in France. When he became successful in business, he went back to France and found the tradesmen who had built the summer cottage in which he had spent those magical summers. After locating the man and his crew, he hired them all to come to America to build an exact duplicate of the summer cottage on his estate.

The cottage became the residence for the wait staff at the mansion for many years. Eventually, after the banker’s death, the estate’s land was parceled out to different buyers.

For many years, the cottage was owned by one woman who lived alone to a blessed old age. She so loved her cottage that she interviewed potential buyers with a written application and face to face. Our lucky client displayed a love and passion for the house that won the heart of the elderly woman, and she sold the home to a very happy lady.

The house is very unique in its design. As such, it brought many challenges to the design of the conservatory. The French Country tile roof had quite a steep pitch to which the conservatory needed to be attached. Even more challenging was the location of the proposed conservatory into an inside corner where all of the rainwater from the roof drained.
Our customer was a retired Rockette dancer and owner of an award winning dance school. As in dance, the construction of a conservatory must be well choreographed. Every step in precise to achieve the desired end product.

Hence, as you see in the video, the end result was a very happy dancer.

We designed her conservatory as an “orangery.” This name describes a conservatory-like room with a modified roof that does not cover the entire area in glass. We effectively build a flat roof with an inside edge that the glass roof sits upon like a skylight.

As for her orangery, some people think a flat roof is a problem. Did you know there are more square feet of flat roof in America than pitched roof shingles? Think of all the commercial space in America. It’s all flat roof. The technology is well in hand to prevent any problems with the elements.

Work progressed on the project. Since we were cutting out the window on the side of the house to install a round-top entry door to the conservatory, she decided that the other doors in the house should be replaced as well. We crafted door templates and built the mahogany doors at our workshop. When we went to install them, they fit like a glove.

Our ‘Orangery’ is now complete. It has gone through a few winters and many ‘northeasters’, and has been a retreat on a winters night for a very satisfied customer. 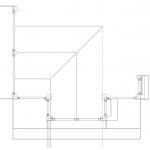 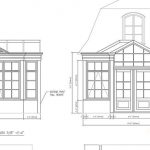 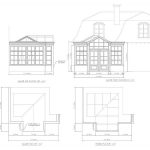 Conservatory Craftsmen was both the architect and builder on this cottage orangery. 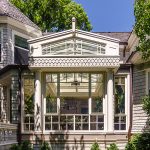 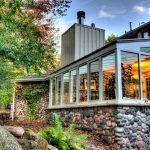