The tragedy of hurricane Sandy is finally starting to melt into memory for most of the unfortunate folks on the East Coast who were affected by it.

For those of us in the building and construction industry, we are still amazed by the staggering after effects from the super storm. The wide-spread devastation is astonishing. In New York State the U.S. Department of Commerce is estimating construction costs of $41.9 billion to repair and replace the damage caused by the storm in lower New York alone. If all of this money is spent on reconstruction, the influx of new spending will generate $53.1 billion and 352,000 new jobs, the majority in construction. A blessing and a curse.

In the aftermath, we were contacted by a family in Yonkers whose home was hard hit by falling trees and high winds. The homeowners were nearly crushed by a falling tree, as it landed on the house.

Another tree fell on the large greenhouse, attached to the other side of the house. This East River Bluff home, built in the 1880’s had a lovely greenhouse that was added in the 1920’s. However, the location of the home made it a direct hit with winds traveling up the side of the bluffs at over 100 mph. This greenhouse was completely destroyed by the storm. 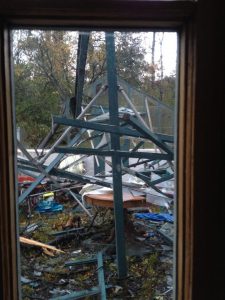 The homeowners loved their greenhouse and knew that replacement was the only option. After much searching on the internet for a suitable company to repair the greenhouse, the owners contacted us at Conservatory Craftsmen and we began a discussion.

I was able to share information on conservatory materials, glass options, and structural designs. We were working on Long Island, at the time, and I was able to stop by the house in Yonkers and visit the building site while having a face to face meeting with the homeowners.

After answering their questions, and noting their expectations, we came up with a custom conservatory design plan for the new structure.

We discussed options between aluminum and mahogany. The functional aspect of the aluminum, along with its never need maintenance powder coated finish was a clear choice. The aluminum is thermally broken, and very energy efficient, along with its other obvious qualities.

We decided to install two ventilation louvers in the roof and designed the side wall to have 10 opening windows, on which we would install our Clear View retractable screens.

Since the door would be open much of the time in the summer for added ventilation, we also installed a Clear View retractable screen on that as well. The color choice was black, an elegant choice for the house. Measurements were taken and pre-construction began.

In November of this year, we had the privilege and opportunity to build a new conservatory on this fine old house. See the photos and share the joy as Sandy finally drifts away. See what the homeowners had to say about working with Conservatory Craftsmen here.

If you have questions about this project or any other that you may be considering, please contact me, jim@conservatorycraftsmen.com and we can start you on your journey.

Is your conservatory comfortable today? It’s -30 F outside! 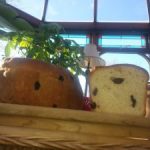 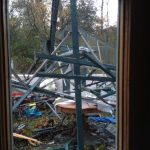 Can A Conservatory Weather a Hurricane?
Scroll to top