Hydroponics is an unconventional technique of growing crops without planting them in soil. In a conventional set-up, the soil serves as the reservoir for water, nutrients, and minerals. Hydroponics, on the other hand, facilitates the plants’ absorption process by getting rid of the soil and exposing plant roots to nutrient-rich water.

Urban and commercial farmers have become fascinated with this technique, and for a good reason. It can result in shorter crop cycles and produce better quality crops and higher yields. Let us explore these claims further.

In hydroponic farming, there’s no soil to till, fertilize, and test for PH levels and nutrient content. Save for the initial set-up, growers can begin a new crop cycle with minimal preparation. They only need to replace the growing medium or temporary supports that provide stability for the growing plants, like gravel and coco fiber.

Hydroponics is all about controlling the environmental factors that affect plant growth, such as temperature, oxygen and carbon dioxide levels, root saturation, and water nutrient content. Plants are getting the sustenance they need and can, therefore, grow better. This leads to shorter crop cycles. Horticulture Australia, Cornell Science Inquiry Partnerships, and various agricultural magazines and news outlets support this claim.

It’s also worth noting that automation is the key to maximizing short crop cycles. A commercial greenhouse manufacturer can provide electronic systems, such as retractable shades, automatic watering, climate control, and ventilation.

Hydroponic farming promotes not only faster growth but also stable and continuous growth. Farming occurs indoors, which protects crops from damage due to extreme weather. Regardless of the weather or climate outside, crops can keep thriving under controlled conditions.

Ibis World, a market research company, gave a promising prediction for the US hydroponic farming industry based on this fact. Its market report cites weather-induced crop damage as the reason grocery stores and farmer’s markets turned to hydroponic growers for their supply of produce.

A study in Wiley Online Library compared the yields of hydroponic farming and vertical farming with lettuce as the sample crop. The researchers concluded that vertical farming produces greater yields per square meter. Details about the study reveal, however, that the quality of its yields is inconsistent. Some of the crops are not as green as the rest, nor as healthy.

The produce from hydroponic farming, on the other hand, produced better quality yields. The lushness of the leaves and weight per plant was also consistent. It would be presumptuous to say hydroponic farming would have eclipsed the volume of vertical farming yields based on quality, but there’s no doubt that if it were the criteria, the gap between their yields would have narrowed.

If this study doesn’t impress, the reports from EdenWorks, a vertical hydroponic farm in New York, might. Its 9,000 square foot facility can yield 120,000 pounds of produce per year, which is the same harvest volume for 10-15 acres of farmland.

These facts prove that hydroponics is a viable alternative to conventional growing. But first, growers have to invest in a modern greenhouse outfitted with the automatic systems that make hydroponic farming possible.

Conservatory Craftsmen has the means and experience to construct a commercial greenhouse for this purpose. We’re also very flexible with our construction process and encourage customers to specify their greenhouse needs. To learn more about our service, fill out our contact form. 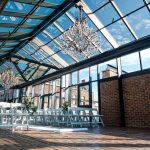 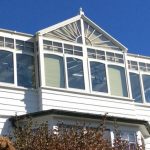 Maximize Rooftop Space with a Conservatory
Scroll to top