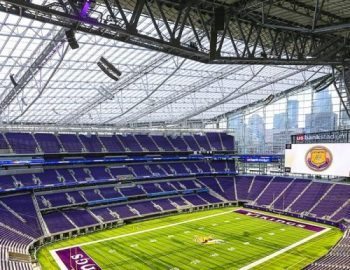 “This is a follow up blog entry to my post, “Conservatory Glass For Bird Lovers“, back on 9-13-13 when I proudly stated that the new Vikings stadium would be using bird-safe glass. It makes me sad to relate what has occurred since that entry.

Ornilux, the glass that we recommend to our conservatory and greenhouse clients, incorporates UV into glass. It remains invisible to humans, but visible to birds. Ornilux was developed in Germany. They manufacture a UV film that is sandwiched between two pieces of glass. That glass is like the windshield on your car, and is termed ‘laminated’. Laminate glass is a safety glass required on many buildings and also used to make bullet-proof glass.

MINNEAPOLIS — Adding bird-safe glass to the Minnesota Vikings’ new stadium could add as much as $60 million in extra costs and delay construction by six months, Michele Kelm-Helgen, chairwoman of the Minnesota Sports Facilities Authority, said Friday.

Kelm-Helgen said Viracon, the stadium’s Owatonna-based glass maker, has said changing the glass order to substitute etched or “fritted” glass would take as much as 23 extra weeks, possibly keep the Vikings in TCF Bank Stadium at the University of Minnesota for an additional season, and divert other events. She said that could affect the rent the Vikings would pay to the stadium authority.

Kelm-Helgen repeated that stadium construction would proceed as planned. 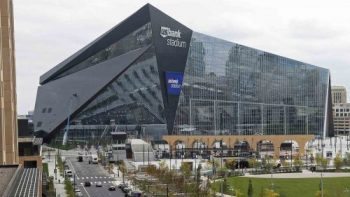 MINNEAPOLIS, Minn. — In early 2018, the Super Bowl will travel to Minneapolis, and the focus will be on the Vikings’ shiny new stadium, a sparkling, glassy structure. But there’s one problem with the stadium: It’s killing birds who are being tricked by the reflective glass on the outside of the stadium walls.

City Pages reports that the stadium is killing up to 500 birds a year. This pace would make it the deadliest building in Minnesota for birds. 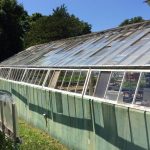 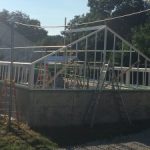