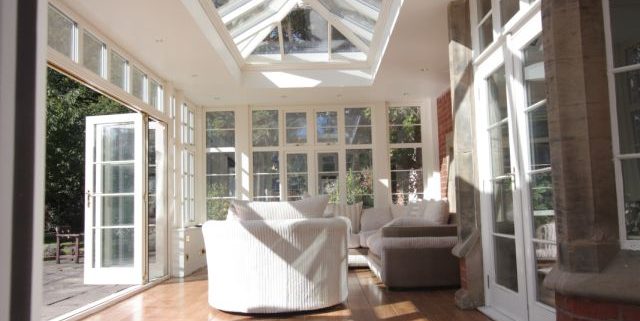 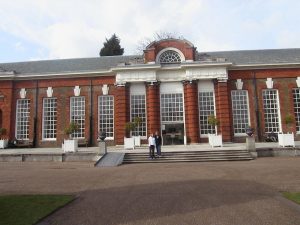 Orangeries have become the most popular conservatory project in England today. An orangery is much like a conservatory. One deciding feature is more ‘mass’ on the wall design and less window. This differs from a typical conservatory, which strives to have little in the way of structure on the walls, and the maximum amount of glass.

The orangery fits well with ‘Georgian’ architecture or homes/buildings that need more structure to give a good visual fit.

The Queen Anne Orangery at Kensington Palace in London was built in 1506 (shown to the left).

Its design allowed citrus trees to be rolled out onto the terrace during good weather and rolled back into the orangery when not.

The large windows were all opening doors at that time. It is currently open to the public for traditional tea time, situated among the formal gardens of the palace.

Move ahead in history a bit and the Orangery’s primary use is still the same but to also add space and a tie into one’s existing home. 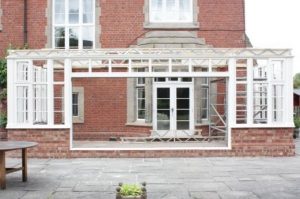 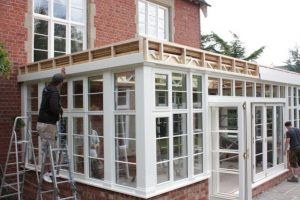 Here are photos from a recent Conservatory Craftsmen orangery project. You will notice that part of the roof is actually solid and flat. This is like a ‘soffit’ on the roof and allows us to conceal the gutters. Today’s modern truss joists allow us to build this sort of roof and engineer it for maximum loads.

Now, also exciting news! Open the front wall with a folding door exclusively from Conservatory Craftsmen, and you have an indoor/outdoor space. 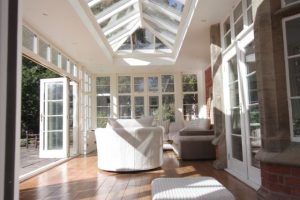 The interior has some nice sun blocking features and attractive soffit in which accent lighting is placed. Also, sound and mechanicals can hide in this soffit. 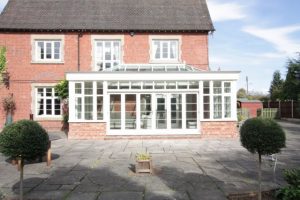 A wide open space, lots of light, a true transition to the outdoor garden from your orangery. This could be you!

All Kinds of Conservatory Blinds and Shades 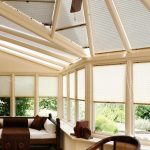 Seed Starting in the Conservatory
Scroll to top