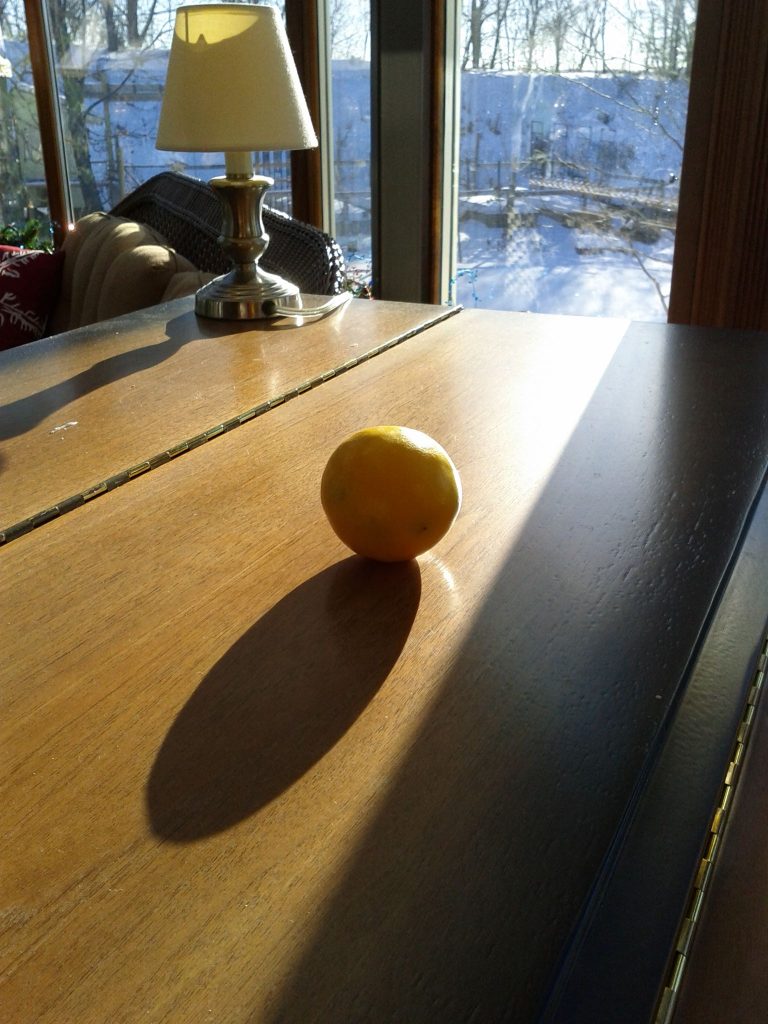 I received a call from a lady with a slight southern charm to her voice, right after Christmas.

She said, she needed a conservatory and was coming to see me, ON NEW YEAR’S DAY!

Well she showed up, Meyer lemon in hand and declared that this lemon “needed a home.”

As it turned out, a recent storm had removed a huge beech tree from her back yard, and it was time for a ‘do over’ of the back yard.

Coupled with the fact that she had just bought a Tesla and had no place to charge the vehicle, a garage was also on the list.

She had studied and planned for quite a while and was clear what she wanted to have.

A conservatory to her was a place to grow many varieties of plants for great joy and healthy eating.

She grows herbs and other edibles and wanted access to them all year round. In addition to growing plants, she also wanted to be able to spend serious time in the conservatory, enjoying the Atlanta seasons and even sleeping in her room as well. 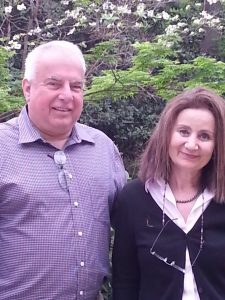 Jim and Our New Friend, Carol

I first visited her when the construction of the garage was first breaking ground. She had a great contractor named Wes who looked after her every detail.

We also designed a lantern roof for the second elevation of the roof to gain a lot of height, for tall plants and trees.

She invited me to stay as a guest at her house and we got started early every day, laying out and planning the room.

Her Tesla was being charged from a cord that extended from the driveway into the laundry area, where she unplugged her dryer to charge up the car! She was so very eager to get the project to a point where she could park in the garage and charge her cool car.

The landscape garden was laid out and the room was designed to fit as a feature in the garden.

We did the pre-manufacture of the room and shipped it and our crew to site. On site we assembled the steel portal frame (for the lantern roof) and began to build the conservatory.

Local stone masons were on hand building the stone knee walls and work progressed along in a wonderful fashion.

Jim and Mary, the great neighbors next door, put up the crew for the 10 days we were there and everyone got to work and relax with one another. Truly a unique experience.

We completed the Conservatory and left Carol to fill in the blanks with her many orphan plants from the patio and the house. 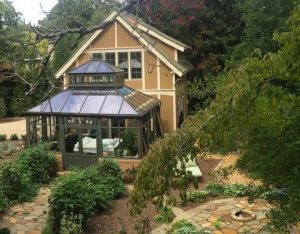 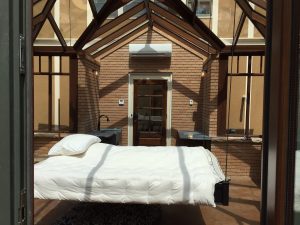 She then began a plan. She wanted a work table to hang in the middle of the room, but she also wanted this work table to transform into a bed, so she had a place to stay on the beautiful Atlanta star lit nights.
She called it a Tingling Bed but it is a wonderful creation that doubles as a work table and a comfy sleeping quarters for a truly remarkable lady from the south who is as smart and gracious as any Southern Lady could be.

How to Dine Al Fresco Inside 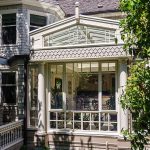 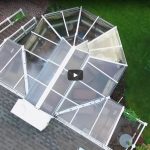