Solar technology isn’t new. Its history began in the 7th century when people concentrated the sun’s energy to make fires. Today we can have everything solar powered, from cars to space stations!

Building science engineers and architects have been learning how to capture this solar energy efficiently into the outer surface of the building using solar collectors. These are starting to show up everywhere we look. Companies and individuals are, quite rightly, proud of their green attitudes and show off their solar collectors on the outside of their buildings.

However, some designers, architects, and engineers have realized that there are people who want to be environmentally conscious with a little more style. Enter Building Integrated Photovoltaic (or BIPV for short), which is based on the philosophy of creating methods to capture solar energy that is more integrated with the building’s design.

How do BIPV’s work for your conservatory? 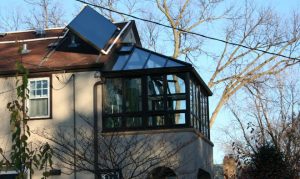 Some BIPV options you may want to integrate into your conservatory design are photovoltaic glass (PV). This glass both absorbs and reflects the infrared light so that unwanted heat is reflected in the hot summer and retained in the winter. This also provides a better environment for growing as it reduces the harmful effects of ultraviolet light on your plants. There are PV films that can be placed over the conservatory’s glass windows to collect the sun’s energy or solar collector panels that blend seamlessly into the roof line of the house. There’s almost an unlimited number of ways to build a greenhouse or conservatory with an integrated green design.

Benefits of adding solar power to your home

We are enthusiastic at the prospect of building green and making solar panels as common to a home as a front door. This exciting new technology allows the uses and applications of solar energy to be incorporated into the design of your greenhouse or conservatory. 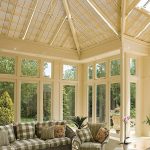 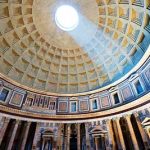