In honor of the 2012 Olympics, we would like to take the time to notice our very favorite British Conservatories! 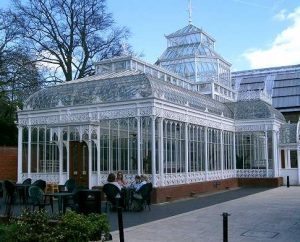 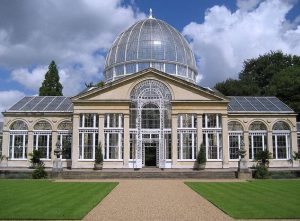 The Great Conservatory sits on over 40 acres of parkland and gardens. The conservatory sits adjacent to Syon House wherein 1547; King Henry VIII’s coffin was brought to on its way to Windsor for burial. It burst open during the night and in the morning dogs were found licking up the remains! This was regarded as a divine judgment for the King’s desecration of Syon Abbey. Wow, drama! 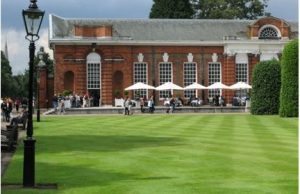 Although technically an Orangery we love all things Kensington so this is at the top of our list because the palace and the grounds on which it sits is one of the most beautiful places in the world. This Queen Anne orangery was built in the 1500’s. As British explorers combed the new world, one of the popular things to do was to bring back plant specimens to England for research. Citrus crops, like oranges, became a popular delicacy in Britain (and a prevention of scurvy for British sailors). British winters were hard on orange trees, and so ‘orangeries’ were built that would allow the trees to be wheeled out onto the terrace in the summer, and maintained indoors in the winter. Conservatory Craftsmen will build your orangery today with folding walls so the entire space can open up in the summer to the terrace, pool and points beyond. 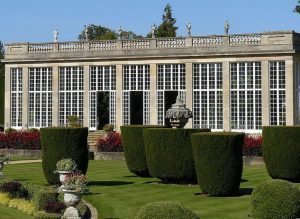 Another Orangery but oh so pretty and it reminds me of Downtown Abbey! The orangery has a solid roof, unlike a conservatory. Today we build a skylight on the roof. This also helps minimize solar gain, for an open south exposure. And the Gold goes to…. KEW! 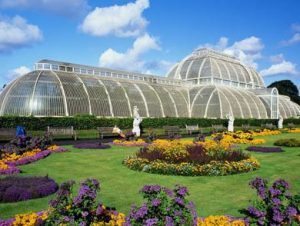 For anyone traveling to London, for the games, or any other time, the tour of a lifetime is Kew Gardens. Several conservatories of various designs and age will captivate the enthusiast for an entire day. Sprawling turn of the century conservatories that allow the visitor to climb up into the domes and achieve an intimacy with the flora, unlike anywhere in the world. The British have long been Olympians in their research and study of plants, but we can thank them even more for developing the Conservatory, for which we have dedicated our lives to building. Looking to gain more information on Conservatories? Sign up here for emails introducing Conservatory Craftsmen and other related topics! 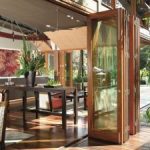 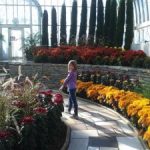 Como Park Conservatory and Me
Scroll to top