6 years ago I installed a unique gable conservatory for a customer named Joan, and recently I received a call from her. Her husband was taking a position at a college in Virginia and they had to sell their house and move. The hardest part was not leaving her friends or the comfort of her community. It was leaving her conservatory.

I asked if they had sold their house yet. She told me the reason she called was to tell me the house sold the first week on the market, and the buyers walked into the house and said, “Oh my, a Conservatory! We’ll take it!” I am not saying every home will sell that fast with a conservatory, but the ROI of building a greenhouse couldn’t be more evident than in this situation.

Frankly, most people are like Joan, and unless they have to move, they will never be separated from their conservatory. Once you live in a home with one, it’s nearly impossible to live without one. It is a way of connecting to the outdoors like nothing else.

When another customer of ours sold his home with a conservatory, he called us the next day after moving into his new house and had us start construction immediately. As stunning as it was, the house wasn’t complete without his crystal palace.

When we work with you to design your conservatory we are careful to make sure the structure will complement the original architecture. Adding value to your home can be done with a simple addition or extension. But 25+ years of experience designing and building conservatories tells us that adding a greenhouse or a conservatory is an investment that reaps, even more, financial benefits than your usual reconstruction.

An Addition Is Just An Addition. A Conservatory Is Something Else.

Think about it. Many homes you have visited have had additions or extensions built. Some work with the original structure to ensure that the addition is visually seamless. Others attempt to boost the value of their home with an arbitrary extension that does nothing to add life and interest. A Conservatory added to the home? Now that is a feature, a statement. It says, “I am in touch with nature and I am invested in a healthier, happier lifestyle.”

Many people do not realize that the conservatory can be about the same price as a conventionally built addition, with much more to offer. For about the price of a luxury car, you can add a conservatory to your home and live like you’ve never lived before. Unlike a luxury car, a well-built conservatory will last longer and hold onto its value.

Six Ways To Automate Your Conservatory 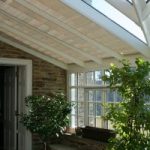 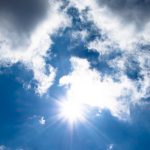